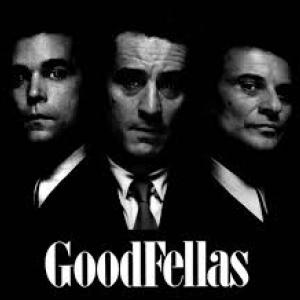 I recently happened to watch Goodfellas, which received 6 Academy Award nominations, and for which Joe Pesci won the award for Best Supporting Actor. Although the film itself is quite violent, two aspects elicited a warm reminiscence and also a special message about life in general.

Joe was raised in my old stomping grounds in Newark, New Jersey, so from time-to-time we connected, especially since he was a rock musician during his teens. He played guitar with several bands, including Joey Dee & The Starliters of Peppermint Twist fame. We often played the same clubs until he went full-time as an actor.

As for the message on life, I loved the wedding scene for which Director Martin Scorsese chose Life Is But A Dream [http://www.youtube.com/watch?v=cYyZyxXswYU] for the bride & groom’s first dance as husband and wife. It was recorded in 1955 by Willie Winfield and the Harptones. As a teenager, singing with the Royal Teens [http://en.wikipedia.org/wiki/Royal_Teens], the Harptones and we had the same manager, Leo Rodgers. So, I had the chance to enjoy in person the incredible sound of this talented group. What struck me most were the first few lines of the lyrics from Life Is But A Dream:

Life is but a dream, it’s what you make it.

Always try to give, don’t ever take it.

For me that says all!