The Similarities Between Hitler and Putin 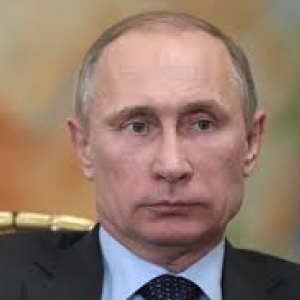 There are uncomfortable parallels between Hitler’s actions in Czechoslovakia and Putin’s moves in the Crimea and Ukraine.

In 1938, brandishing the threat of war, Hitler pressured UK Prime Minister Neville Chamberlain and French Prime Minister Édouard Daladier to coerce then president of Czechoslovakia Edvard Beneš, to allow Germany to annex a significant part of its northern and western borderlands, collectively known as Sudetenland. Not surprisingly, a large fraction of the Czechoslovak modern military installations were located in Sudetenland.

Hitler used the pretext that many ethnic Germans living in those border areas were suffering abuse from Czechs. France and the UK, under fear of war and Hitler’s retaliation, pressured Beneš and his government to concede to the Munich Agreement which defined the land he must cede to Germany. It was signed by Hitler, Daladier, Mussolini and Chamberlain on September 28, 1938. The Czechs were not consulted as to the details of the agreement, nor were they invited to the meeting.

It was apparent to Beneš that this was Hitler’s initial move behind a divisive strategy to take over the entire country. Without support from the allies, he resigned as Prime Minister.

The rest is, as we say, history. After the annexation of Sudetenland, Hitler immediately invaded Czechoslovakia, which without support of its western allies, had no option but to surrender to Nazi occupation and the unanticipated horrors that were to follow in that country throughout World War II.

The allies allowed themselves to be strangled by fear, and as a consequence did not have the courage to stand up to Hitler. Had they done so, Czechoslovakia would have joined the western allies. Why would this have been so important? Few people recognize that at that time, by all metrics Czechoslovakia was the sixth most developed country in the world. It was known for its state-of-the-art manufacturing skills and technologies, not the least of which were armaments, an expertise it holds to this very day.

What Hitler did was illegal and unfortunately and disgracefully it was condoned by the allies, who in the long run suffered more than had they stood up to Hitler in 1938. What Putin is doing is also illegal and should not be condoned by Europe, the U.S. and their allies by standing by with rhetoric instead of actions. What can they do?

There are several options on the table, all of which should be duly considered and properly pursued with collective support by the U.S., Canada, Europe and also by the United Nations.

The failure and fatigue of fear can always be overcome by the power of purpose and passion exuded by Inspired Leadership. Let’s not make the same mistake the European allies made in 1938.