James A. Cusumano Brings His Luxurious Dream to Life at Chateau Mcely 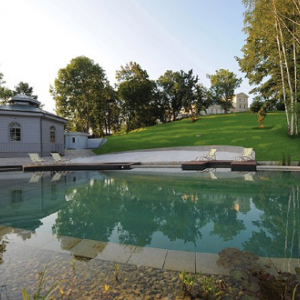 This interview with Jim was originally published on the website of Luxe in a City, a luxury travel magazine dedicated to providing the very best information and recommendations for travellers who want to experience the finer side of the planet.

2001 will surely go down in history as the year of infamy for me.  I lost my wife, my father, and nearly lost my faith in humanity on September 11.  I had never before experienced anxiety and depression. How could this be possible?  Some said I had it all—two beautiful daughters, three lovely grandchildren, and success in four professional “lives” in the diverse arenas of entertainment and technology.

Over several decades, I had followed my professional path starting as a recording artist with the Royal Teens of “Short Shorts” and “Short Shorts Twist” fame, working with many of the early pioneers of rock and roll music. Captivated from an early age by science, I earned a PhD in chemistry and worked for Exxon as a research scientist and then Director of R&D. I subsequently moved to Silicon Valley and founded two public companies, thereafter moving back into entertainment, becoming a filmmaker.

The move to film was a passion of personal commitment and came just after selling Catalytica Pharmaceuticals, one of the companies I cofounded, and led in less than 5 years from four people to 2,000, with sales of $500 million and a market value of more than $1 billion before selling it at a premium.

My wife Jane was a screenplay writer and was driven to followher dream, and I wanted to help her make it happen. Together we formed Chateau Wally Films for which she wrote and directed What Matters Most. I served as Executive Producer for the film, which went on to win at several international film festivals and eventually was distributed in more than 50 countries.

Jane learned two weeks before shooting began on location in the Texas Panhandle that she had stage-four breast cancer. She decided unequivocally to make the film while receiving chemotherapy in Amarillo. Unfortunately, she lost her battle with the disease one month after completing our film.

So there I was, for most of 2001, sitting at my home in Ojai, California, just south of Santa Barbara, fighting depression, anxiety and whatever else happens subsequent to tragic loss.  After trying all sorts of physical and spiritual antidotes, I found myself in desperate meditation praying everyday to Jane to send relief, whatever that meant.  And so she did.  It happened at 1:00 PM Pacific Standard Time on January 9, 2002.

I had invited a friend from Los Angeles to visit my home with his wife.  As they pulled up our long circular drive, I noticed three people in the car.  David and his wife, Iveta exited from the front of the long black Mercedes, and then a beautiful, tall, Slavic-featured blond stepped unceremoniously from the rear.  She stared at me, and I at her, and as mushy or romantic as it may sound, it was like a “thunderbolt,” we fell in love—in that very instant.  Inez Šipulova, Iveta’s closest friend from Prague, had been visiting for a few days.  She simply came along for the ride—and what a ride it’s been!

I spent every moment of the next couple of days with Inez, until she returned to Prague.  I followed a few days later, and we have been together ever since, having married on July 9, 2003.  On June 30 of 2006, our first child was born, a magnificent daughter named Julia. I now have three lovely daughters, ages 47, 37 and 7!

Inez had earned degrees in economics and international business, and after graduation, courageously took a job working in Kyushu, the southernmost island of Japan. Upon her return to what was then Czechoslovakia, she landed a job as a successful developer of heritage properties. After several years, tired of the 80-hour-per-week rat-race, she gave up her position as managing director, and was traveling the world to decide what her next adventure would be, hopefully something with more spirit.

Before coming to America, she had bought a run-down castle, and was considering what kind of renovation she might undertake that would provide both social value and a fulfilling long-term experience for her. 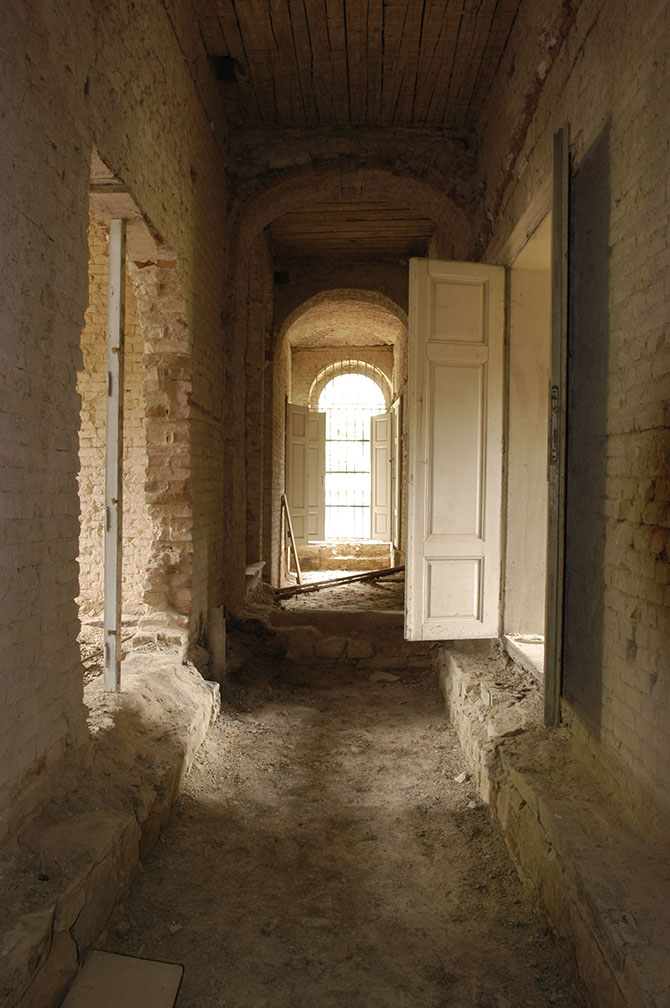 I entered her life just at that moment. We decided to work together and to convert the castle into an upscale hotel and spa.  It has a magnificent location, less than an hour’s drive hour from the center of Prague, yet isolated high on a hill in the legendary St. George Forest, overlooking the quaint village of Mcely—population 300. We like to say, “An hour from Prague, a lifetime away.”

And so began our life-long business partnership.  Without question, however, the visionary architect-designer of Chateau Mcely (pronounced ‘meh-selly’) was Inez. Most people had advised her to bulldoze the castle and start afresh.  But she wanted to preserve as much of this historic property as she could.

It was built in the late 17th century and remodeled in 1840, ultimately becoming the rural manor of the famous aristocratic Thurn Taxis family of Regensburg, Germany. They made their mark during the Middle Ages having invented the European postal system. They were ousted by the communists in 1947, and chose not to restitute the castle in 1989, subsequent to the Velvet Revolution.  Inez bought the dilapidated ruins from the Czech government.

We did have a design partner, a talented Czech artist named Oto Blaha, but even Oto would tell you that nearly every minute detail in the castle has Inez’s imprint on it.  Furthermore, because she is an experienced developer, she played the central role of overseeing the re-creation of the castle.  Inez likes to say:

“My role was to create the place and your role dear Jim is to fill it!” But don’t be fooled by her comment; she continues to provide crucial input for architectural changes, strategy, marketing and public relations. 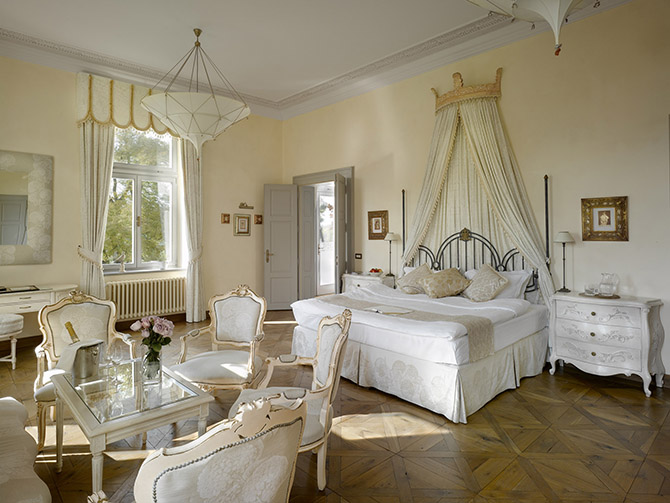 Our team has been successful in following our strategy, which wasn’t the typical hospitality path. We decided to hire all young people, most with only limited experience in hospitality, but all with a bright service-oriented spirit, and excited by and committed to our vision for the company. We became One Team with One Dream! 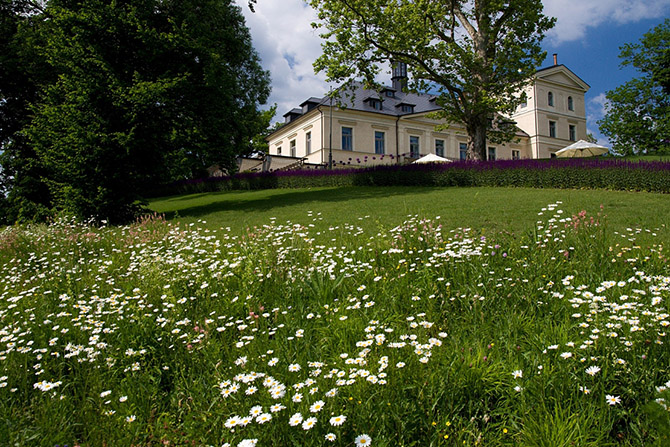 Shortly after opening in September 2006, Chateau Mcely became a member of Small Luxury Hotels of the World. It was named The Best Hotel in the Czech Republic by Dolce Vita Magazine, and chosen by the Czech Real Estate Board as the Best Hotel Project in the country for 2006. In 2007, Chateau Mcely became the only five-star Green and Eco Chic hotel in the Czech Republic and only the second one in all of Europe.In 2008, the castle was voted by the World Travel Awards as The World's Leading Green Hotel. 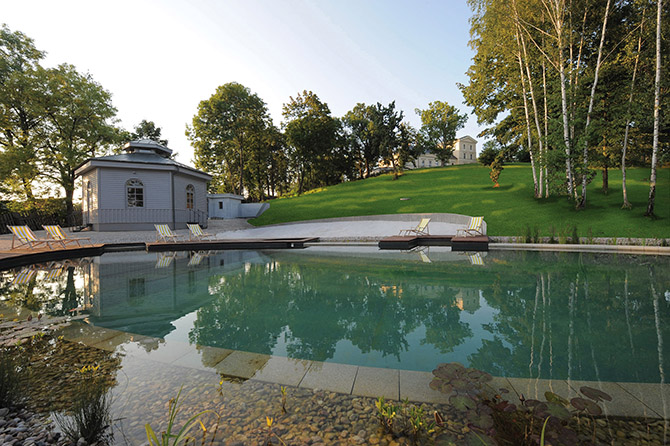 In 2012, our spa was awarded the Best Luxury Destination Spa in the Czech Republic. 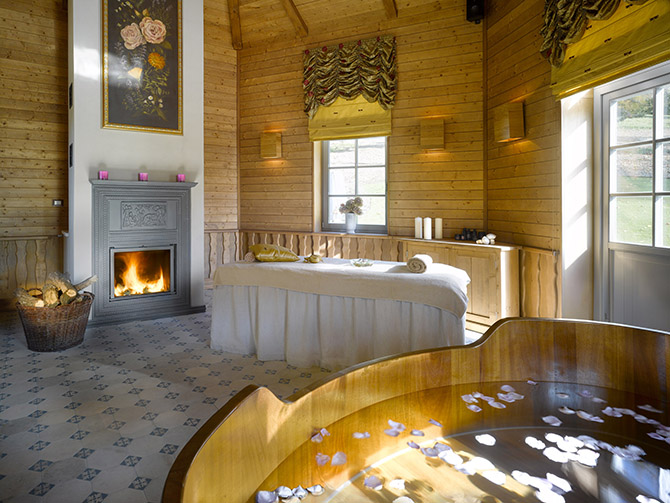 And in 2014, Piano Nobile, the castle’s restaurant won the Mauer Grand Restaurant Award as the Best in the Czech Republic. 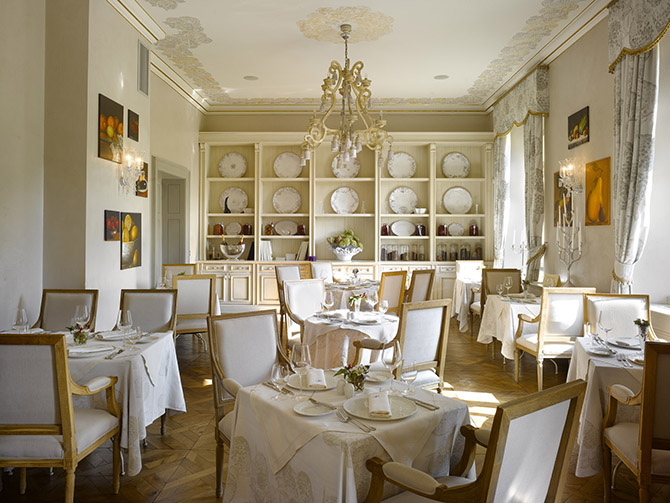 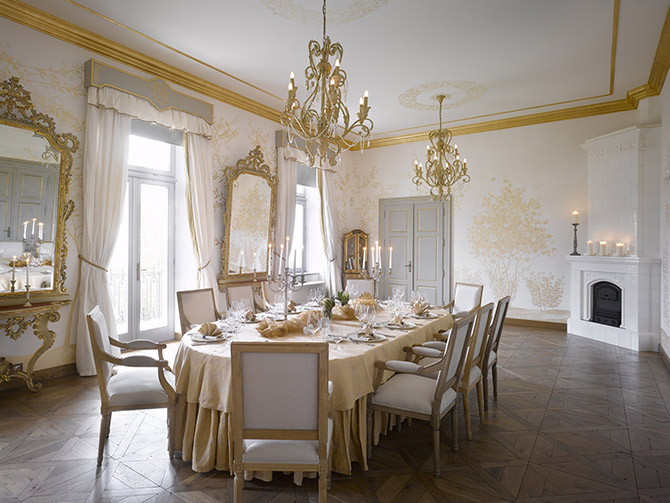 In addition to individual guests from around the world, Chateau Mcely attracts numerous international weddings, as well as executive teams from multinational corporations such as Brown-Forman, Pfizer, McKinsey & Company, the Young Presidents’ Organization, Ferrari, Lamborghini, Exxon, among many others.

I think much of our success stems from hiring bright, young, people who are passionate about our vision—to make a difference in the world by making a difference in yours. Because we have not followed the standard hotel path, our mission transcends the business of hospitality. We see ourselves in the business of enriching the lives of all of our Stakeholders—employees, guests, investors, suppliers, our community and the world. And we take this mission very seriously.

Our projects reflect this commitment. For example, Inez created Mcely Bouquet a line of natural cosmetics, which is manufactured in our castle laboratory. They are used exclusively in our spa and marketed only on our E-shop and at several luxury hotels such as the Mandarin Oriental and Kempinski.

Our Princess Nely project, consisting of a popular children’s book written by Inez, Nely: Princess of Chateau Mcely, a special Princess Nely suite, and supporting children’s products was created to encourage young girls to follow their dreams and encourage them to put their focus on growing into talented, fulfilled women.

Chateau Mcely Forum™ was launched to provide courses and lectures on Inspired Leadership, Life Purpose, Work-Life Balance, and other topics to help business executives navigate the challenges of the 21st century.

We continue to enhance these projects and dream of others that fit our vision and fulfill our mission to make a positive difference in this challenged world.

Making the move to Prague from California was not easy, in particular learning a difficult language, and experiencing a culture quite different than that of California. But the rewards for perseverance were well worth the challenge. I could not imagine being anywhere else on the planet. 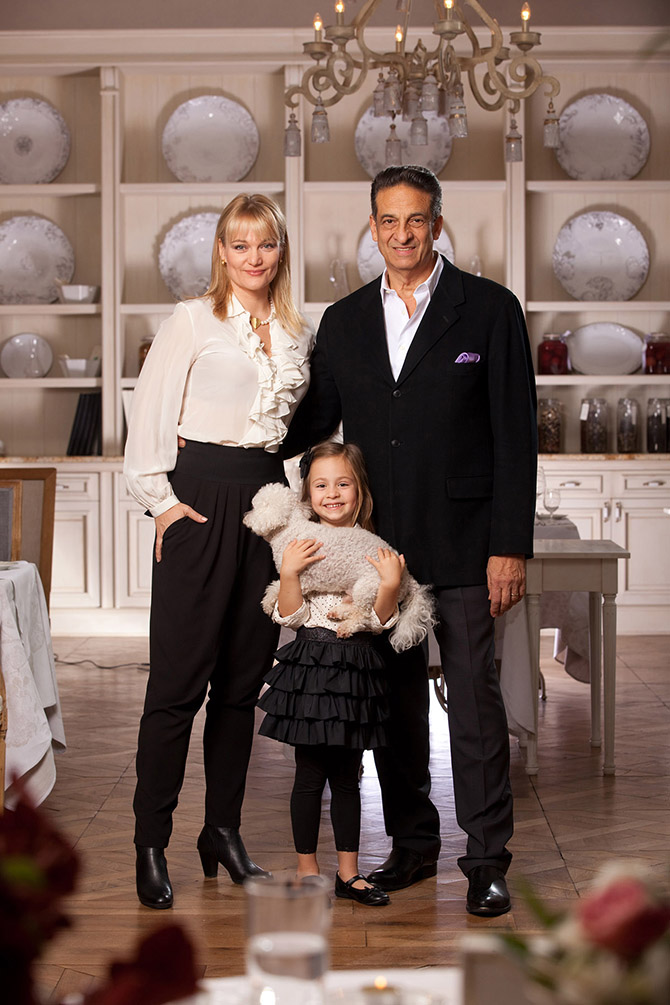